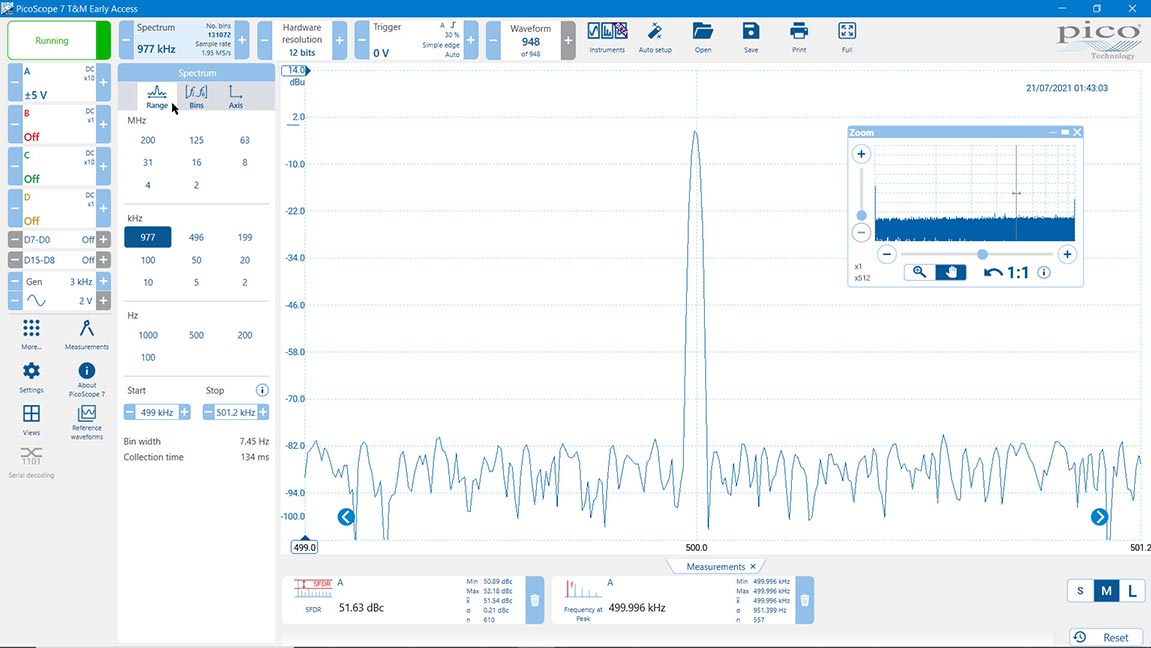 As previously announced, we are running a PicoScope 7 T&M Early Access program to give users a look at the next generation PicoScope user interface. Version 7.0.77 was released on 20th July, and marks an important milestone in the development program for several reasons:

1. Spectrum View features reached parity with Spectrum View in PicoScope 6, which marks the completion of this part of the project. Congratulations to the dev team who worked so hard to deliver it!

2. The team made huge progress with digital channels handling on PicoScope MSO models. Digital channels can now be used as inputs for Measurements, Serial Decoders and Math Channels. There is still some way to go with this part of the project, but progress is good.

3. Please note that from version 7.0.77 onwards, Windows users must be running a 64-bit version of the operating system. Although PicoScope 7 is itself currently configured as a 32-bit application, the final version will be released as 64-bit.

In this video, our own Trevor Smith gives an introduction to the PicoScope 7 Early Access program and an overview of the screen layout, instrument controls and waveform display.

We have had some really useful feedback already since the Early Access program began and have acted on several of the points raised. We have put other suggestions in the backlog for implementation or further review once we achieve parity with the current version of PicoScope 6. Please keep the feedback coming!