Designed to meet the needs of a wide range of general-purpose voltage, sensor and transducer logging applications, the PicoLog 1000 Multichannel DAQ Series features independent software-configurable scaling and control outputs, an external terminal board for custom front-end circuitry and a choice of 10 or 12-bit input resolution. 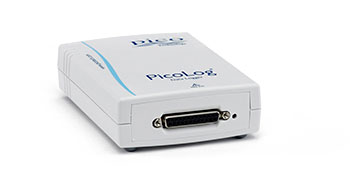 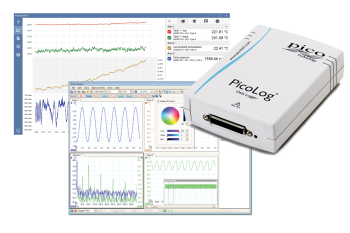 The PicoLog 1000 Series is the result of a distinguished lineage that goes back to the release of our first multichannel data logger—the ADC-11—in 1993. The original ADC-11, and its successor the USB ADC-11, proved to be the perfect choice for users wanting a low-cost way to measure and record multiple signals. The PicoLog 1000 Series builds on this success to give you the same low-cost data acquisition but with greater power and performance. (Because the ADC-11 was so popular we’ve also added a USB ADC-11 compatibility mode which allows you to use your PicoLog 1000 logger as a direct replacement to the USB ADC-11.) 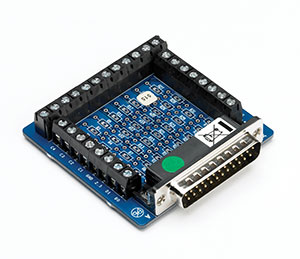 The budget model PicoLog 1012 has 12 input channels and 10 bit resolution. The powerful PicoLog 1216 has 16 channels and 12 bit resolution. Need more channels? No problem. Using the new PicoLog 6 software you can connect up to 20 Pico data loggers to one PC—giving you a potential 320 channel PicoLog 1000 Series data acquisition system, or the ability to use your PicoLog 1000 logger with other devices such as the USB TC-08 Thermocouple Data Logger.

The external terminal board has screw terminals to allow sensor wires to be attached to the data logger without soldering. The terminal board also has locations where you can fit resistors to offset and extend the input ranges of the logger. 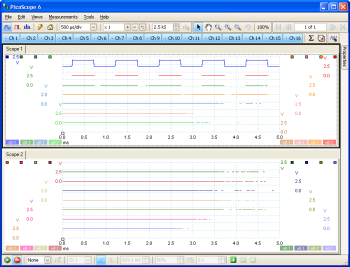 With 10 or 12-bit resolution and multiple sampling modes, a PicoLog 1000 Series logger will meet your data logging needs. The PicoLog 1000 Series has 3 sampling modes: Streaming mode allows channel voltage readings to be logged continuously at up to 100 kS/s, while block mode captures up to the full 1 MS/s  sample rate of the logger for a duration limited by the 8000 sample buffer, both these speeds applying to single-channel operation.