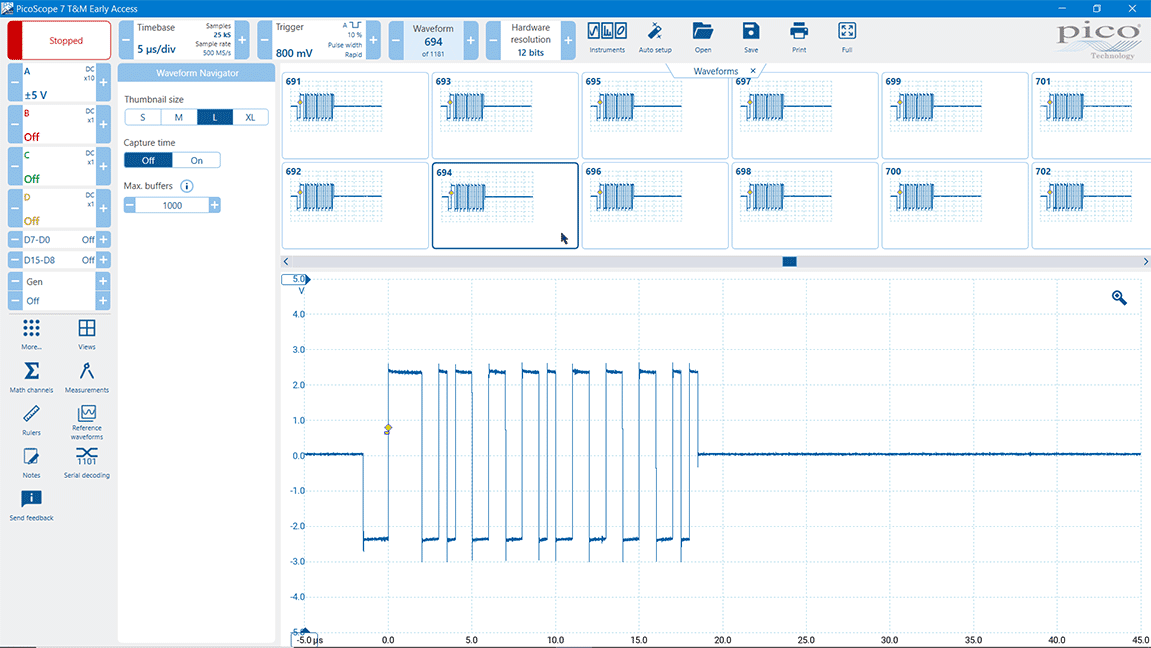 Waveform Buffers have been a popular feature in PicoScope 6 for many years. The ability to divide available capture memory into segments, or “buffers”, means that successive triggered acquisitions can be saved into numbered buffers for subsequent inspection or analysis. Dead-time between each triggered acquisition is ignored so that only the waveforms, pulses or packets of interest are captured.

Deep capture memory of 32MS or more that is included in many PicoScope models allows users to take maximum advantage of the Waveform Buffers feature. Sampling speed can be set to capture waveforms of interest with optimal timing resolution and without wasting memory on periods in between that are of no interest.

In Rapid Trigger mode, available on most PicoScope models, the oscilloscope acquires a sequence of waveforms with the minimum possible delay between them. The display is updated once the last waveform in the sequence has been captured.

Now, the Waveform buffers feature has been implemented in the latest PicoScope 7 Early Access release, and it’s even better than before:

Listening to our customers is at the heart of our development process, and these are just two of the many customer-requested improvements we've delivered in PicoScope 7. Why not download PicoScope 7 Early Access today to try out these and many other new features, and let us know what you think and what you'd like to see us doing next?