The general idea was to track the time taken for the car to complete a circuit. See the PicoScope display below for an example of how it works: 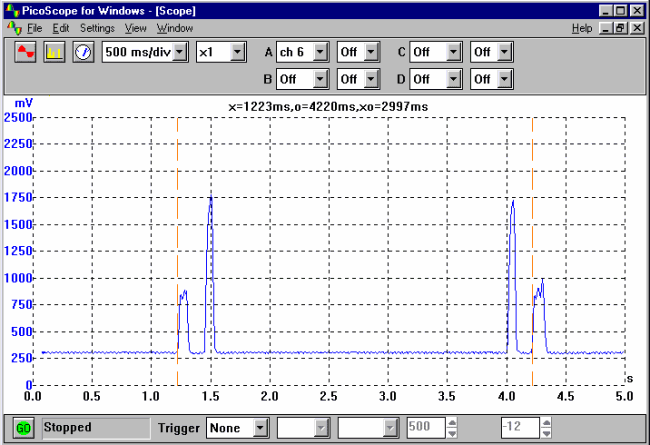 From the above screen capture in PicoScope it is possible to calculate the speed of the Scalextric cars using the following equation:

The car on the inside can be seen to take 2997 ms to travel 3.7 metres. The first stage is to identify the units, to compare the car to the real thing we should use mph and hours.

The average velocity can now be calculated:

If the same calculations are performed for the car in the outside lane then its average velocity is seen to be 3.698 mph.

The above speeds do not seem very fast, however this is just a demonstration of how to log the average speed of the devices. In practice the staff here at Pico managed to get a top average speed of around 8 mph with the car on the inside lane.

Following on from this experiment there are a number of other parameters that can be recorded: