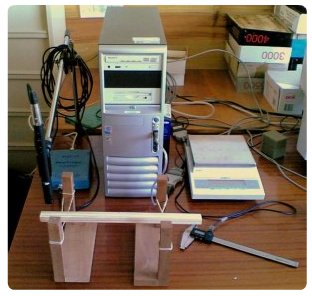 Wood is used throughout the world to construct everything from furniture to buildings. Unlike many man-made materials, the mechanical properties of wood can vary greatly so a method of measuring and grading wood is required.

Cirad are experts in using nondestructive methods to measure the mechanical properties of wood. Along with developing an automatic grading machine for the classification of sawn timbers, they also developed a system to diagnose the wooden parts of aeroplanes, a system for France Telecom for checking the structure of wooden telephone poles and BING software.

Using BING (Beam Identification by Nondestructive Grading) software and a PicoScope oscilloscope it is possible to measure the elastic and non-elastic characteristics of wood and other rigid materials such as steel, concrete and composites. 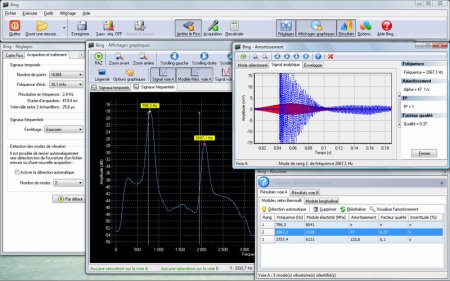 Beam theory was developed by Euler and Bernoulli around 1750 as a means of calculating the load-carrying and deflection characteristics of beams. At the beginning of the 20th century Stephen Timoshenko improved on the standard beam theory with the Timoshenko beam theory. These theories establish the relationship between vibration frequencies and mechanical properties. BING uses this relationship to measure and differentiate the mechanical properties of wood.

With BING the beam to be tested is put on two elastic supports so that the propagation of vibration is as free as possible. An excitation pulse is then applied to one end. At the other end, a microphone (or any other motion sensor) records the vibrations and transmits them via an anti-aliasing filter (low-pass) to the PicoScope. BING uses the spectrum analysis capabilities of the PicoScope to interpret the information in the frequency domain and calculate the mechanical properties of the beam. Badda bing, badda boom — BING software has turned a complex and time-consuming task into a simple task for your PicoScope.