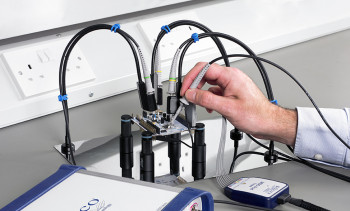 Not enough hands free to hold your probes and operate a scope?

Parallel bus usage in electronic design was widespread in high-speed applications throughout the 90s making it possible to transmit significantly more data between devices in comparison to serial buses. Today, even though serial buses (because of their lower cost and smaller footprint) are the current preferred form of device communication, parallel bus usage has seen somewhat of a resurgence. Parallel buses are currently being used in applications such as FPGA programming, flash memory pen drives, and RF communications to transfer large amounts of data quickly.

Parallel bus communication transmits multiple bits of data simultaneously sampled at the speed defined by an additional clock line, and within the defined edges of an optional chip select line. 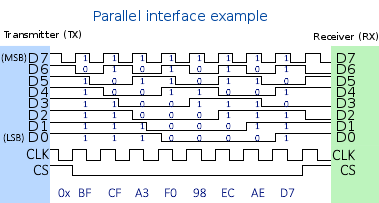 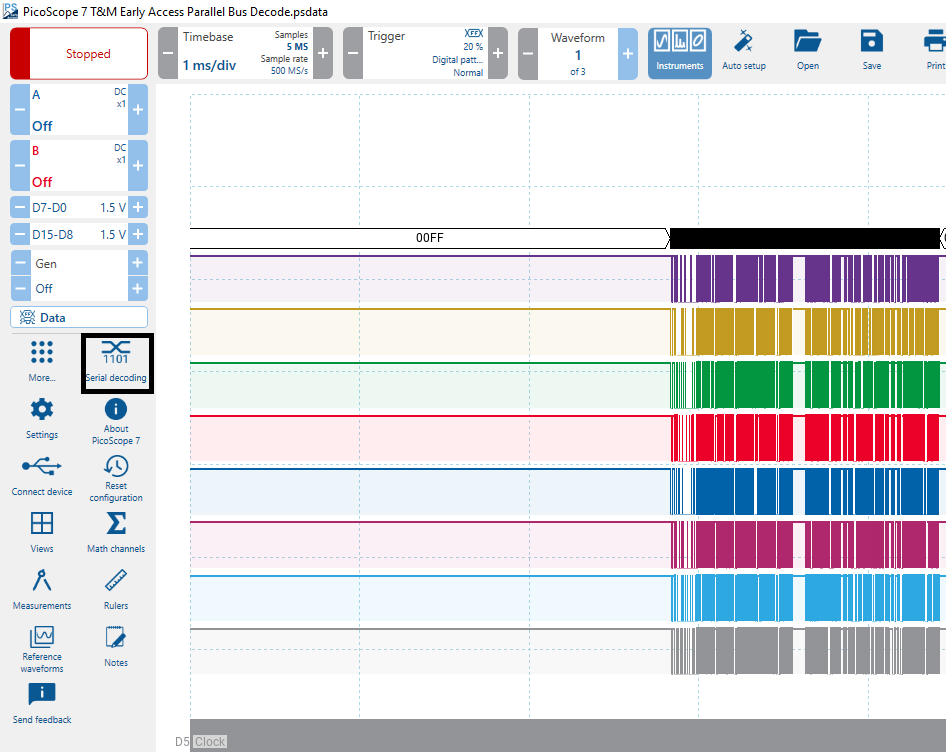 Next, select Parallel bus from the list of available protocols. 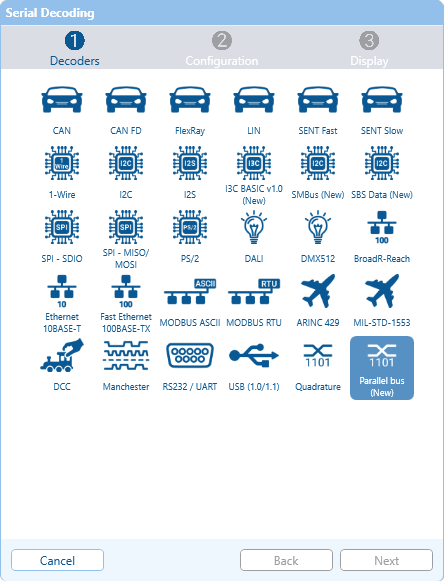 Select the corresponding PicoScope input channels for Data (up to 8 Data inputs), Clock and optional Chip Select lines within the Configuration tab. 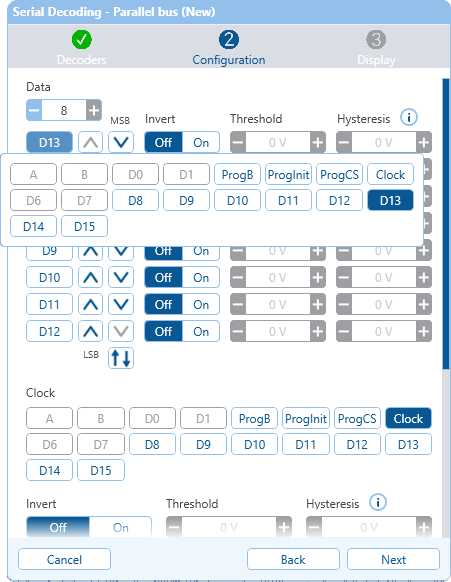 In the Display tab, select the desired Graph and Table display format options to display Parallel packets in the appropriate locations. 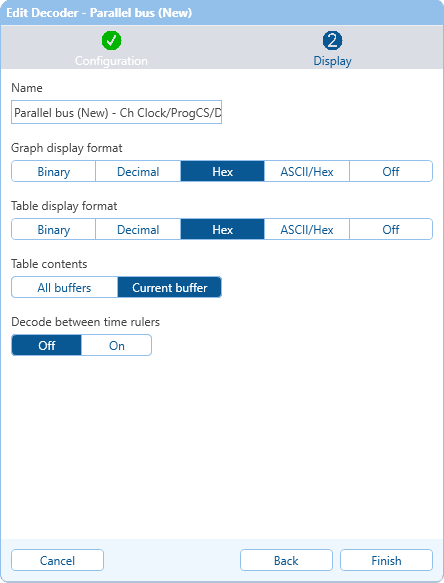 Double-click a packet in the graph view to see the same packet in the table view, and vice versa or use the zoom feature to focus in on the appropriate areas of the decoder packets. 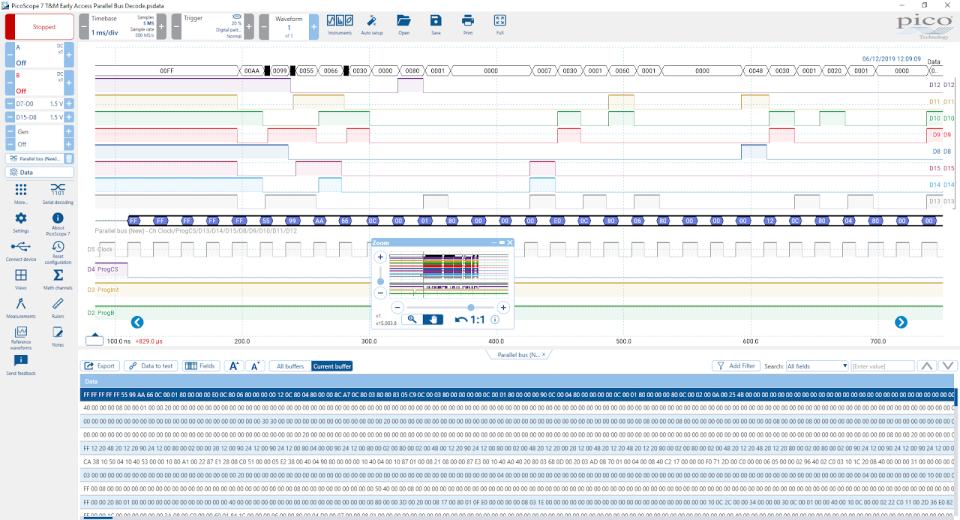