6 instruments in one ultra-compact design

DCC (Digital Command Control) is a standard defined by the National Model Railroad Association (NMRA) DCC Working Group and is a standard for manufacturers to allow the independent control of multiple locomotives and accessories on a train set.

This approach overcomes the limitation of controlling multiple locomotives on the same track where, traditionally, voltage on track was used to control the speed and direction of a train. 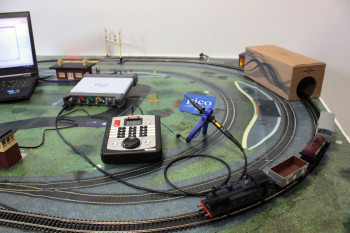 A Hornby Somerset Belle Train Set, which is supplied with a Hornby DCC Select Controller, was used as the source of DCC signals. The Select Controller sends the combined power and data through the Track to Controller Link Wire (actually a pair of wires) to the rails, and thus also sends information signals for the locomotive and accessories connected to the track.

The locomotive contains a DCC Decoder which has a unique address and decodes instructions sent to it. The Select Controller uses the Programming Track method to program decoders, and only instructions from packets with the matching address will be actioned by the decoder. Accessory decoders may also be connected to the track to control components such as motors to change the points.

The NMRA Communications Standards for Digital Command Control (S-9.2) states that the information sent by Digital Command Stations consists of a sequence of bits (called a packet) which is used to encode one of a set of instructions that the Digital Decoder will operate upon. The packets must be precisely defined to ensure the proper encoding and decoding of instructions.

An example of an acceptable command control packet consists of three data bytes which is preceded by a preamble and a start bit as shown in the table below:

Baseline packets are included in the S9.2 standard to ensure minimum operability between different systems. This packet format can used for simple instructions such as speed and direction for locomotives.

An Extended Packet Format is defined in the S-9.2.1 standard for support of different types of decoders, additional functions, addresses and speeds, and consists of a packet whose length is between 3 and 6 data bytes, each separated by a '0' bit.

1. The first step is to acquire the DCC signal of interest using PicoScope. Here the signals have been captured from the Somerset Belle Digital Train Set using a PicoScope 5444B set to 12-bit resolution. We used a x10 oscilloscope probe, so the voltage range selected was ±50 V, in conjunction with a timebase of 5 ms/div.

2. Next, select Serial Decoding from the Tools menu. 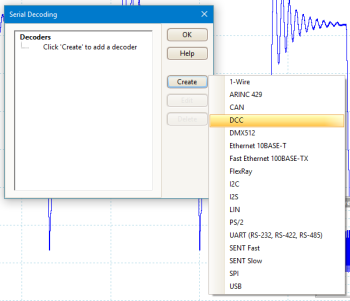 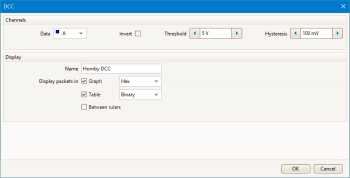 4. In the DCC configuration dialog select the PicoScope Data input channel and set the Threshold as required. Set a Display Name and ensure that the packets will be displayed in the Graph and Table. Ensure that the data values are displayed as Binary in the Table, then click OK.

5. Click OK to see the decoded DCC messages in the PicoScope graph display and table. 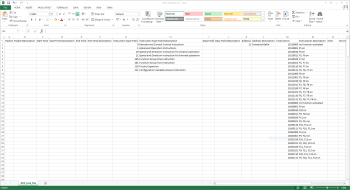 A link file can be used to map the values to text strings enabling you to identify the train(s) that the packets were intended for and the instruction.

The image below shows a packet that was sent to the Somerset Belle train with an instruction for direction and speed. The table shows the values that have been mapped where possible using the contents of the link file. 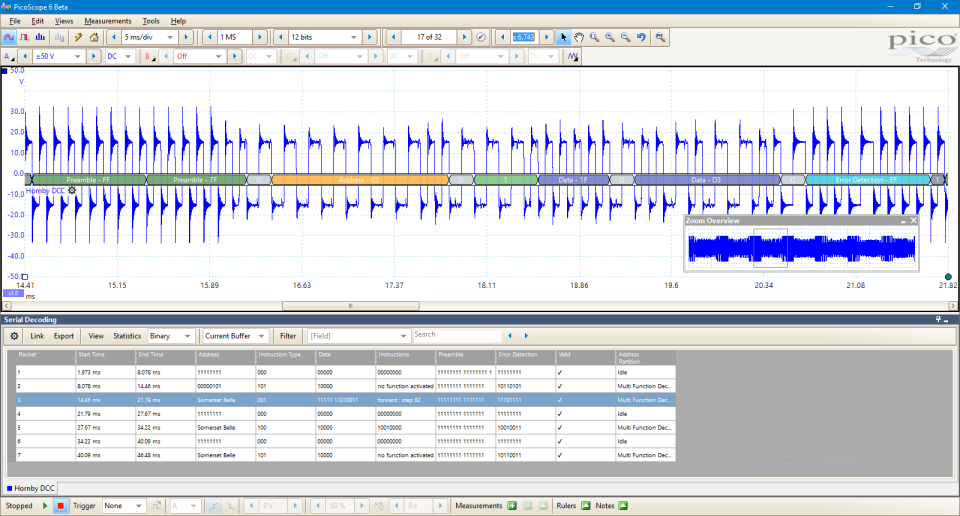 Pico Technology would like to thank Hornby for provision of the Somerset Belle Digital Train Set featured in this article.